Di-Lambda is a fixed-wavelength spectrophotometer designed for colorimetric assays, used in biochemistry or environmental science.

Di-lambda is not just another lab tool: it is a modular spectrophotometer, which can be opened, reassembled and customized. It is a powerful tool for education in chemistry, physics and biology courses. This tool has been the result of a close work with teachers and school for over 4 years.

Hosting and equipment at CRI makerlab

Hosting in Shenzhen in 2016

Doing It Together Science 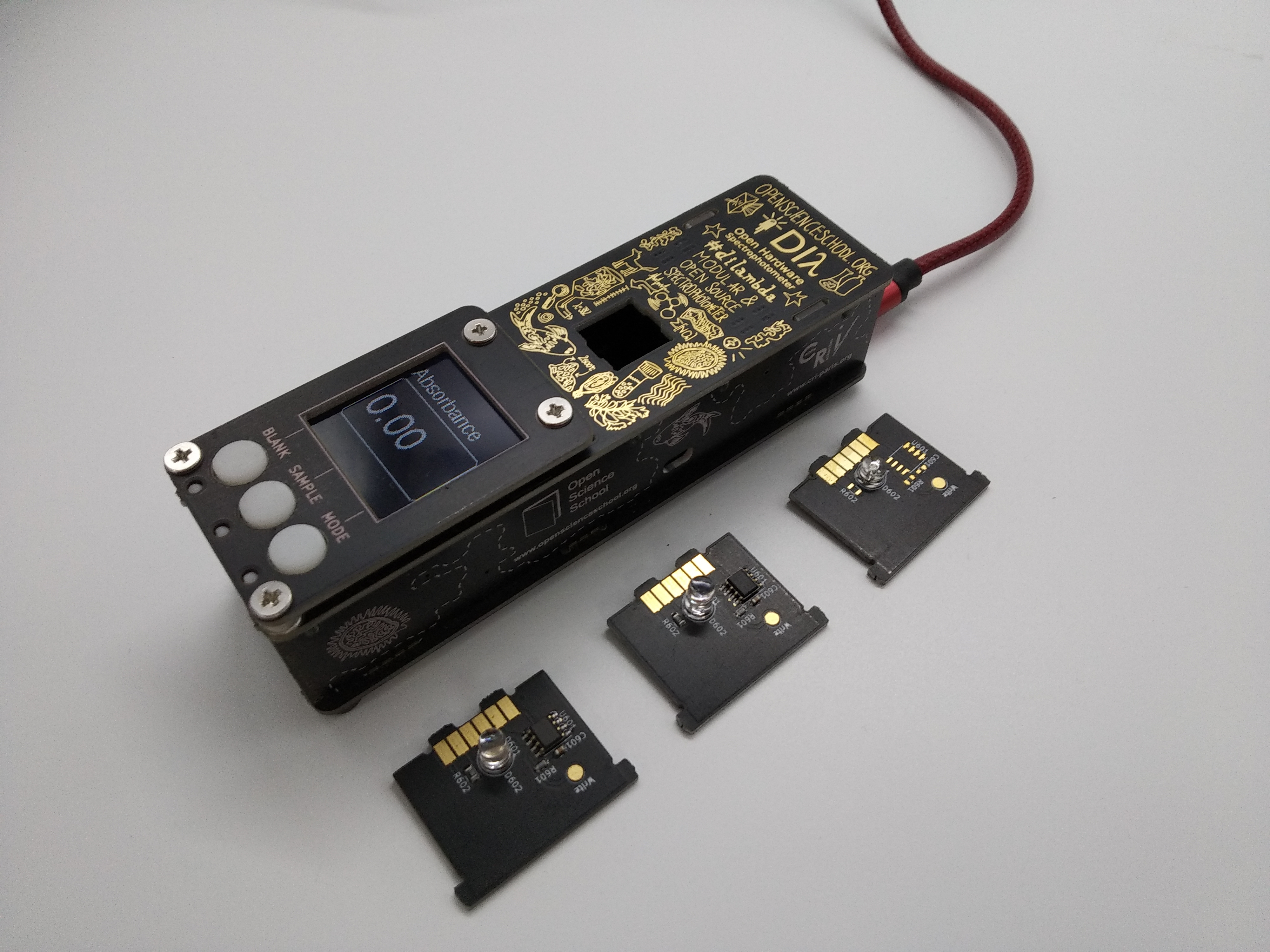 This design choice means that the device is limited to one or a few pre-selected wavelengths, but most biological applications only use a few. It is also possible to select a different wavelength by populating a spare LED board, but since it's so cheap, it might be easier to just buy one for each task. Another disadvantage is large spectral width of LEDs, typically 15-25nm, compared to 1-5 nm for traditional spectrophotometers.

With a few wavelengths, the spectrophotometers allows anyone to make real experiments! You can measure the quantity of glucose in your drink, measure the pH in water, and much more. One of our early versions is still used by a start-up from Paris to quantify grown of the spirulina algae.All this means that DI-lambda is not always able to replace a traditional spectrophotometer, but works great for a majority of biological applications.

This machine is now being produced and sold by Koi Science, based in China. Check http://koi.science/downloads/ for software and contact Koi Science if you are interested in buying one!

The last version (v1.7) of the open hardware spectrophotometer has been used with more than 200 students and teachers including:
The open hardware spectrophotometer is a flexible platform to approach to different topics (biochemistry, microbiology, environment, electronics, programming, physics...) learning objectives in the workshops. The specific topics we've covered so far are:
1. Scientific instrumentation.
2. Theory of color (complementary colors, light wavelength, photons).
3. Calculation of microbial density by light scattering (optical density).
4. Colorimetry and calibration curve.
5. Calculation of absorbance from light transmittance (Beer-Lambert law). 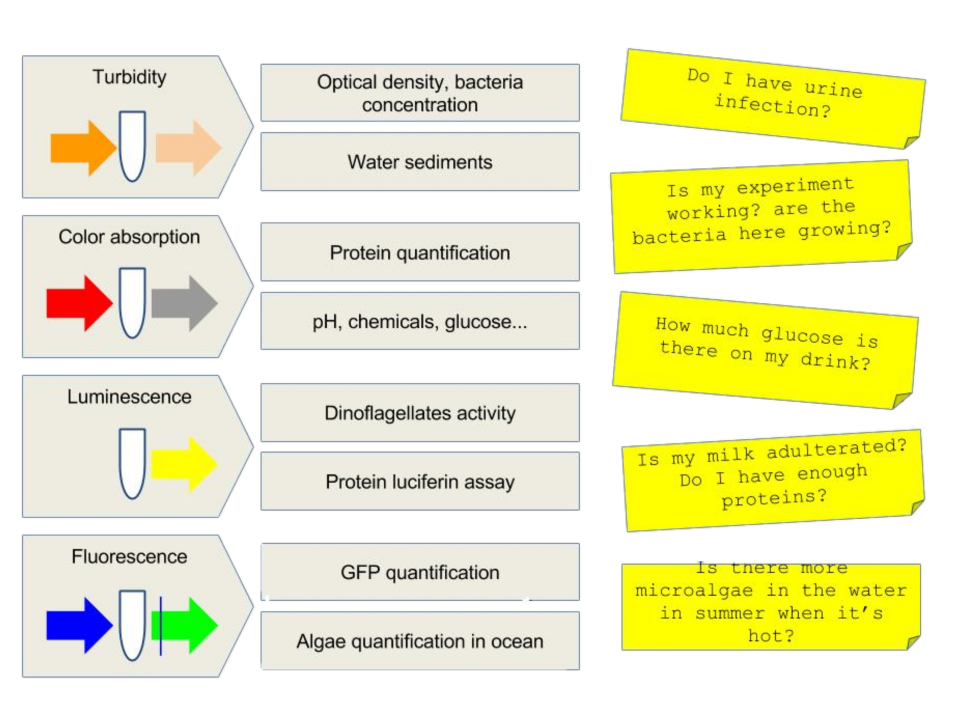 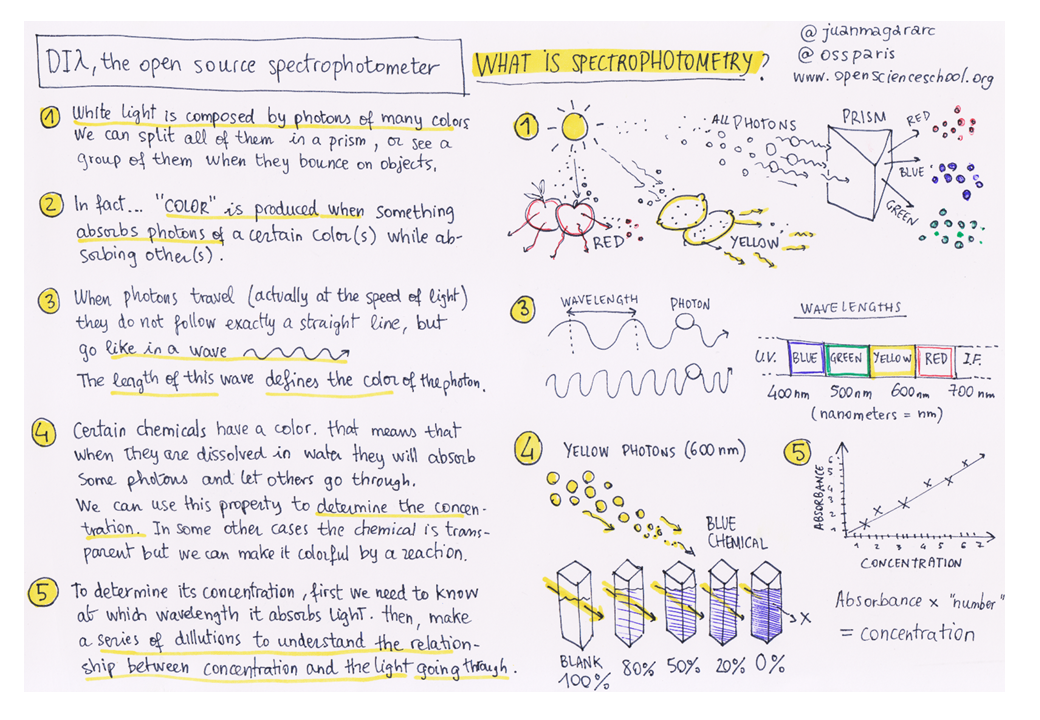 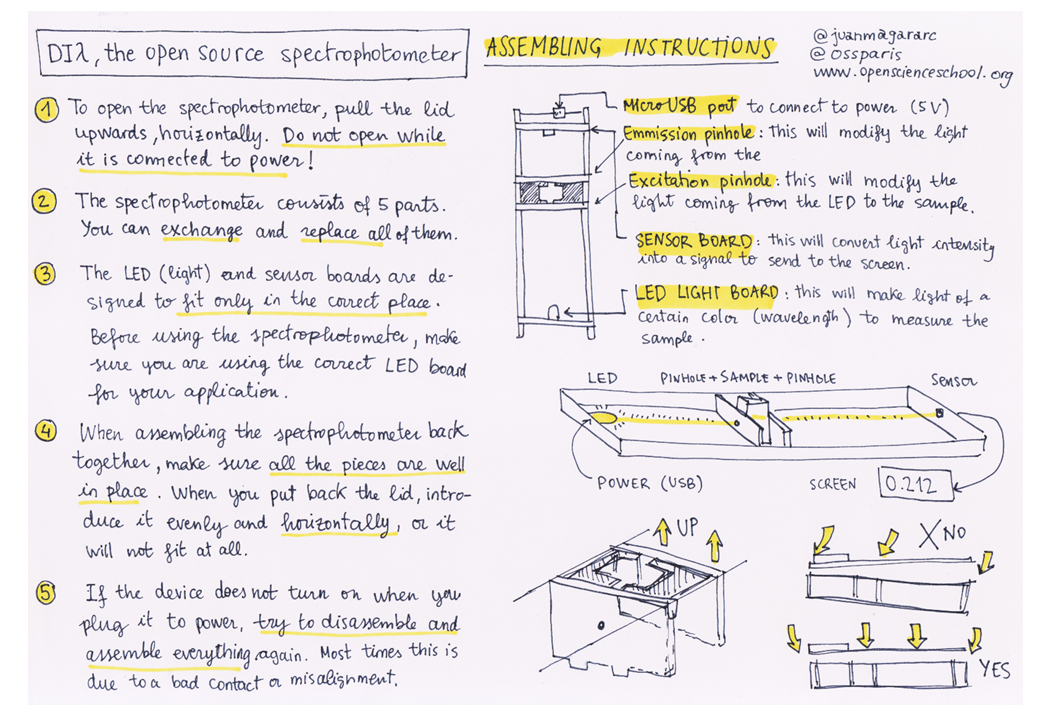 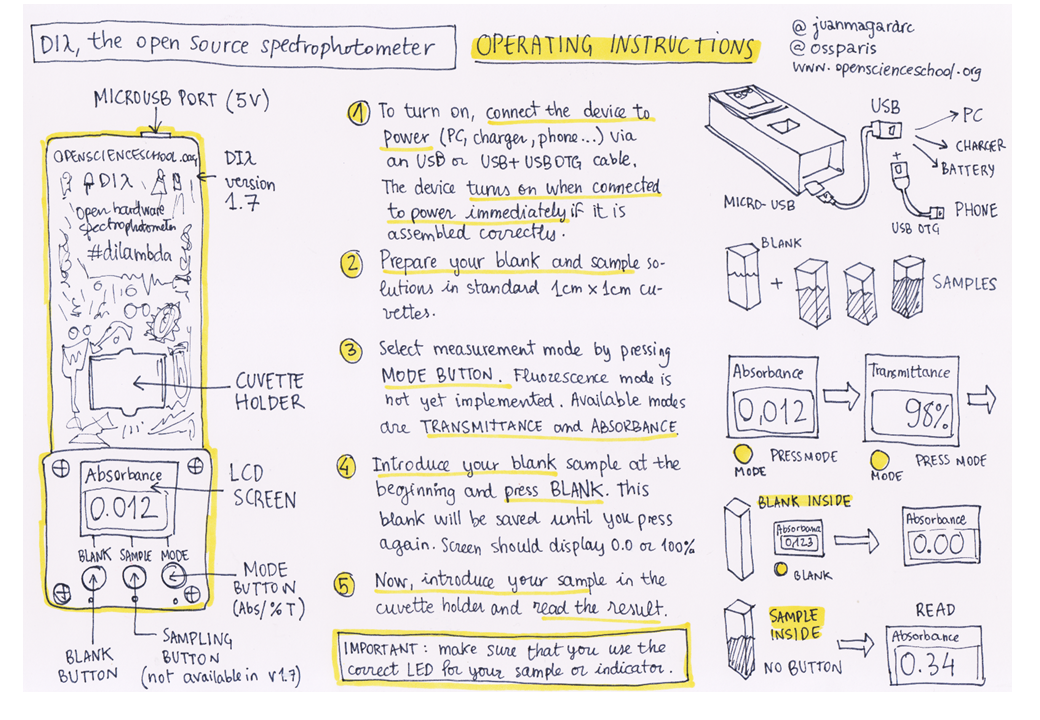 For some time, we put some efforts to design and mass-produce open and low-cost laboratory equipment for schools, laboratories, DIY-Bio community, industry, Citizen Scientists, and everybody else. We try to do this without compromising on performance, by taking unconventional approaches, concentrating on just major use-cases for a given device, and staying true to our goal.

We welcome everybody to participate! All our hardware is open-source, you are free to build, modify and share it. We will also mass-produce the devices to make them available to all users at a low cost.

Criteria for our projects include:

All our hardware projects are documented extensively in our wiki and github repositories. Click here to visit.